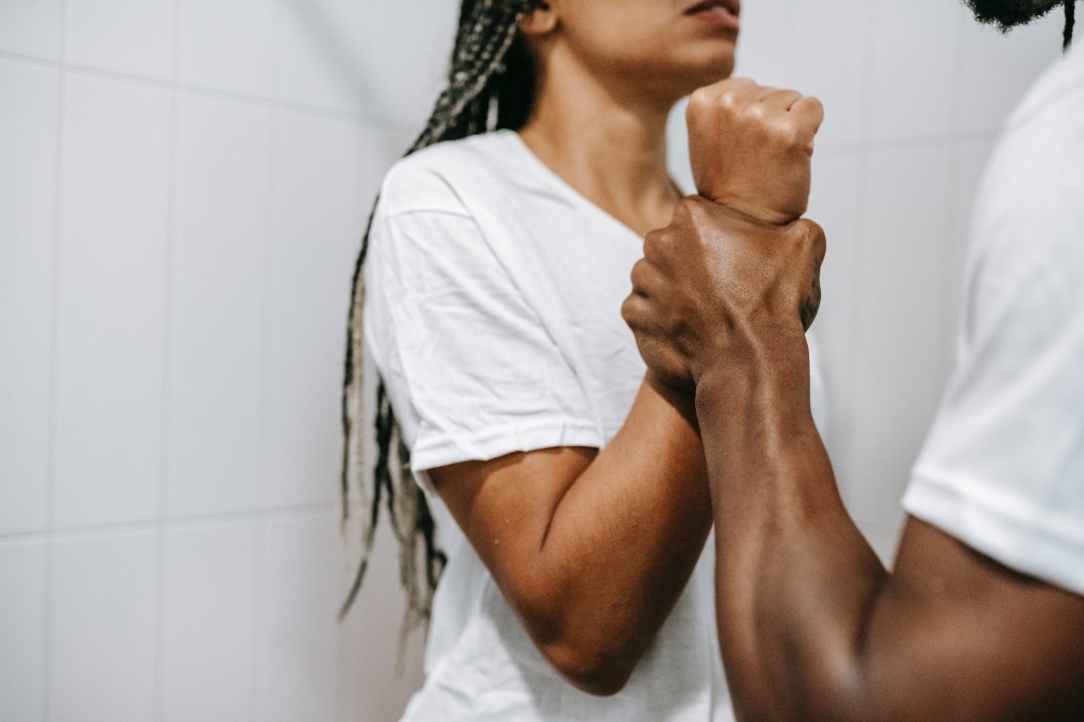 By Leesh Speaks in Lessons on October 29, 2021
No comments

As I sat to write this blog post my anxiety immediately kicked in. It isn’t an easy topic to talk about. But in honor of National Domestic Violence month, I decided to talk about my experiences and to shed light on the topic.

I’ve shared my story with a few close friends and family members. All of whom were shocked to learn that I was a victim of domestic violence and that I stayed. The person they know me to be would’ve never stayed with someone who hits me.

I’ve always been outspoken, strong, and wise. But even the strongest people have weak moments and don’t always make wise decisions. What I’ve learned throughout the years is that a person’s strength can really intimidate others. Which can result in things like gaslighting, sexual, verbal, or physical abuse.

The First Time He Hit Me

One day while sitting on the couch, watching tv and talking. I said somethings he didn’t like. Initially he played it cool. Time passed and when I least expected it, he grabbed me by the neck and proceeded to choke me. I struggled to get him off me. During the struggle I ended up on the floor. He then proceeded to drag me across the floor.

I was in a state of shock and didn’t know what to do. I felt the skin peeling off my elbows from me trying to pull myself back from him. While he continued to drag me by my leg across the carpet. I was in pain and confused. I remember asking myself “How could someone who says he loves me do this to me?”

Not only did he abuse me physically. He verbally abused me during and after. He showed no remorse which made it hurt that much more. For the rest of the day, I was in disbelief. I felt broken and worthless. Hours passed and he called apologizing. I just sat there… listening and numb. He sounded so sincere. I wanted to believe him…. So, I did.

Foolish of me to think things would change. All it took was for me to say the wrong thing. Then I was getting choked, slapped, dragged, and verbally abused. I’ll admit I was afraid of him. On this day he was so full of rage. I laid there and as he choked me; I just knew he was going to kill me.

I looked over to my right where my daughter was napping in her play pen and all I could think about was that if he killed me my daughter would have to grow up motherless. I prayed that he would stop, and God must have heard me because he let go of my neck.

It seemed like he gotta kick out of seeing me powerless. We had a few more incidents like the ones above. Until one day I just said that’s enough! So, I started fighting back. I tried to pick up any and everything that was within reach to hit him with. I was trying to get him off me.

Everything I grabbed he shaked outta my hands. So, guess what I did. I started swinging on him and hit him smack dead in the eye. He stopped grabbed his eye and told me if his eye started to swell that he was going to kill me. But guess what… I was feeling empowered from that one punch. Kind of had me feeling like Jennifer Lopez in the movie Enough lol.

Once I showed him that I was no longer afraid he wasn’t as quick to jump on me. It slowed down but it didn’t stop. It got to the point that one day when we got into it, we both said I’m not doing this anymore and he left, and I moved on. I chose myself in that moment. It wasn’t easy but I did it.

No one wants to be with someone that is constantly verbally, physically, emotionally abusing them. The relationship become toxic, and it wasn’t worth the headache. I vowed after this relationship that I would never let another man put his hands on me and I’m proud to say that I haven’t. I’m just glad that my story didn’t end in tragedy.

I chose to share my story so that it can help someone avoid going through what I experienced and to help someone walk away from an abusive mate. For anyone that is a victim of domestic violence and needs help below are some excellent resources.

Below is a song by the artist Eve inspired by a friend of her’s story of domestic violence. It is one of the most powerful songs/videos I’ve heard about domestic viiolence. I hope her message reaches someone who needs it.

View all posts by Leesh Speaks