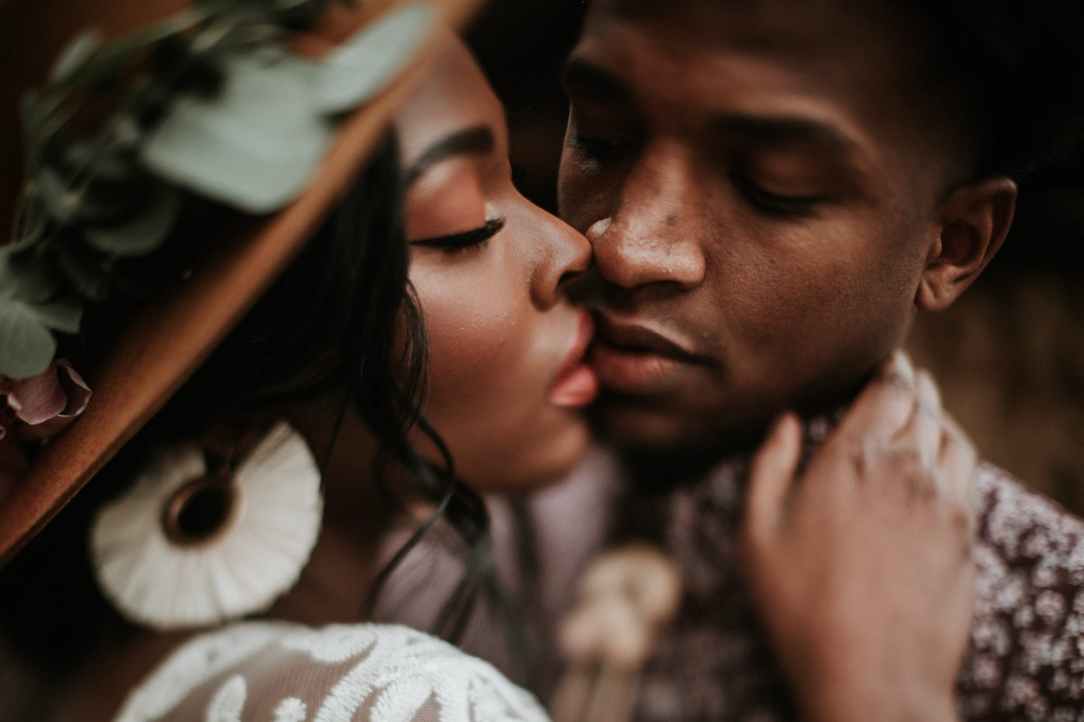 Signs You’ve Formed A Soul Tie and How To Break It.

Soul ties are connections formed between two individuals after being intimate. As you may know there are several types of intimacy (emotional, physical, mental and spiritual.) These things are what link a soul tie. Soul ties aren’t always a bad thing. There are good soul ties and bad ones. Knowing the difference between the two is very important.

I believe that soul ties affect women more than men. Men are occasionally guilty of not forming real connections with the women in their lives. But when they do these type of connections definitely transpire. Men just deal with them a little differently than women do.

Some soul ties are fated.

Good soul ties make you feel whole and excited. It makes you wanna be around the person and just explore them and those feelings. This type of soul tie lifts you up. It can put you on a mental and emotional high. It brings love, support, encouragement and elevation into your life. A good soul tie pushes you to engage in personal development and unconditional love.

This is more common than you realize. This type of interaction/attachment is more likely an escape. It’s a way of avoiding what’s really going on in your day to day life. On the flip side of this some people find these types of escapes while in relationships or marriages. Which is never a good idea. But that’s another topic for another day.

I’d like to share with you the story of an unhealthy soul tie that I formed with someone. I’m almost embarrassed to talk about it. But talking about it can help you. So I’m going to swallow my fears and share it. Sometimes we have casual hookups that we think will be meaningless. At other times attachments/bonds are formed through these encounters.

To protect his identity let’s just call this guy Leo. I met Leo while out with friends. There was something so familiar about him. The moment our eyes locked I felt like our souls recognized each other. Leo and I couldn’t resist each other nor did we try. Something fun and casual turned into something very toxic and fast.

Immediately after we became intimate physically. Leo began to show signs of being controlling, insecure and jealous. Meanwhile I was into him but a little emotionally unavailable. Moreover, the two of us couldn’t stay away from each other. We couldn’t stop sleeping with each other or being extremely toxic towards one another.

As much as I wanted to leave Leo alone I couldn’t. I felt like I needed him and I thought I loved him. For a while I was trying to figure out if my feelings were real or just an illusion. I couldn’t get enough of him but at the same time I felt weighed down by him.

I kept trying to let him go… but I couldn’t shake him. Not even after the name calling, overstepping of boundaries and disrespect.

This relationship started to affect my self esteem and I started to feel dependent of his attention and affection. At one point I felt like I couldn’t breathe without him. I struggled so bad walking away from this relationship. I would block him and then unblock him. I would tell him I’m done but would be right back in his arms or in his bed.

It took me a while but I eventually walked away. But I’m not gonna lie I looked back so many times. I wanted to reach out to him so bad. I was completely obsessed with this man. I couldn’t get him out of my head. But I stayed strong and stuck to my guns.

I deleted his number and blocked him on social media. I then went as far as to change my phone number so he wouldn’t be able to contact me.

Listen, I felt like a weight was lifted off of me.

No contact, meditation, positive self talk, self love rituals and tears helped me break this connection. I had so much healing to do from experiences prior to Leo. After him I proceeded to heal those issues and the ones created while dating him.

I even went as far as to write him a letter of forgiveness. In the letter I told Leo that I forgive him and myself for what I put the both of us through. Because honestly I played a role in my own unhappiness. I burned the letter…during a burn bowl ritual as a way to release him and my pain.

If you read my story and had a similar experience or worse. Then you’ve more than likely experienced an unhealthy soul tie.

How To Break A Soul Tie

*Acknowledge that there is a soul tie and that it’s an unhealthy one.

*Decide and take the proper actions to get out of the situation.

*Forgiveness. Forgive the other person and yourself. This step can sometimes be the hardest thing to do.

*Break the tie. Remove pictures, gifts and anything that reminds you of the person. Keeping these things can hold a soul tie together longer.

Last but not least. Take back your words and promises. You know those I will always love you, I’m yours and I’ll never leave you.

CALL BACK YOUR POWER.

Soul ties can take years to break for some. You could be in a completely different relationship and still energetically connected to this person. So, remember to take the time out to really heal. Clear your thoughts, energy and body of this person before getting involved with someone new.

Below is a song by the artist Savannah Cristina that may give you that push you need to break that soul tie. Or it may give you the knowledge to protect yourself from falling victim to another unhealthy one.

I hope you enjoy it!

View all posts by Leesh Speaks